Nicolette is a Chevening Scholar (2016) who began her journey into advocacy at the University of the West Indies. Having led a very active student life, she grew to understand the power and need for advocacy and activism as tools for driving social change. This sense of purpose developed even more after leaving the UWI and led to her involvement with WE-Change. Since the inception of this organisation, she has been involved firstly as Community Outreach and Mobilization Officer, then Associate Director of Youth and Outreach and upon her return from pursuing her Masters in the United Kingdom was appointed to the post of Executive Director.

Nicolette’s vision for WE-Change is to oversee its expansion while maintaining sight of the vision and mission of the organisation. This she believes, will be achieved through building on the work and achievements of WE-Change while replicating them (especially in rural areas) so that more women can be positively impacted. She believes that even though hers and WE-Change’s focus is primarily targeted at LBT women, that all women stand to benefit from the organisation’s advocacy as most issues affect women are intersectional. Nicolette is on a one year sabbatical leave effective January 2020.

Paige is a Women Deliver Young Leader (2018), Fulbright Scholar (2018) and Communications and Development professional from Trinidad and Tobago with a deep interest in communications for social change. Her involvement in LGBT advocacy began in 2014 during an internship with Equality for All Foundation.

As a queer feminist Paige is especially interested in issues relating to sexual and reproductive health rights, and rights for LBQ women in the region. She sees intersectional feminism as one of the key ingredients to a just society.

She is a co-founder of WE-Change and has served on WE’s leadership since 2015 first as the Research and Advocacy Officer producing our very first Media Content Analysis Report. 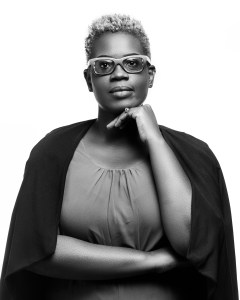 She joined WE in 2016 and currently serves as our Director of Programmes and Training. She plans and executes our annual Orange Lights and #HerLegacy events, as well as all other activities for the organization. She has also served as Co-Facilitator for our Support Group for women and girls who were affected by sexual violence. Shawna is currently pursuing an MSc in Gender and Development from the University of the West Indies.

A full-time Banker, human rights advocate and poet, Christina’s first degree is in Economics with a Minor in International Relations from the University of the West Indies. She is currently pursuing a Chartered Banker MBA program at the Bangor University in Wales.

Christina has always had a passion for advocacy and has consistently advocated for those who were not able to do so for themselves. She became serious about advocating for human rights more specifically women’s rights, in October 2015, after attending an advocacy training held by WE-Change.

She co-founded the ItNuhJus’Physical Campaign and has used the campaign to promote various programs and outreach events which educate the mass on Gender-Based Violence. In recent times she has used ItNuhJus’Phsyical to partner with another group she co-founded – The Feeders – to host bi-monthly charity events to give back to various vulnerable groups, such as the homeless, the elderly and displaced youth.

Shantae Porteous holds a BSc in Psychology from the University of the West Indies (UWI), Mona. Her experience as a Program Assistant with the UWI aids in her advocacy with WE-Change to continue to engage young minds in conversations on self-awareness, spiritual awakening and growth, and women’s rights. Her passions involve sustainable solutions to women’s issues and women’s health and wellness which she pursues in her advocacy with WE and as a certified yoga instructor.

Kristina Neil is a graduate of the University of the West Indies, where she earned her degree in International Relations with a minor in Gender and Development Studies. Passionate about research, feminism, human rights, social and gender justice, Kristina constantly seeks opportunities to engage in critical discussions and activism to advance her knowledge and praxis. As a member of WE-Change, she serves as the organization’s Policy and Research Officer where she heads the organization’s research projects, looking at issues of sexual and reproductive health, economic well being, mental health, gender based violence affecting Jamaican LBQ women.

Stephanie is a young educator who currently holds a Bachelor of Science degree in Biology with Education from the University of the West Indies. She was born and raised in the parish of St. Thomas where she developed a passion for knowledge which she believes is the key to breaking many negative cycles in our society. She is therefore on a journey of moulding the minds of the current and future generation. Stephanie believes that too many women in Jamaica have been victims to abuse and is creating a path that can diminish the numbers and offer assistance where needed. She lives by the mantra ‘create a life you are proud of and in doing so bring vitality and vigor to the table.’

Tajna- Lee Shields is a queer feminist from St. Elizabeth, Jamaica. She is an International Relations student at the University of the West Indies, Mona and passionate about activism. She has worked with a number of organizations serving vulnerable communities, including women and girls, young people and people living with HIV. Tajna-Lee manages WE’s social media accounts and other communications from WE Change.